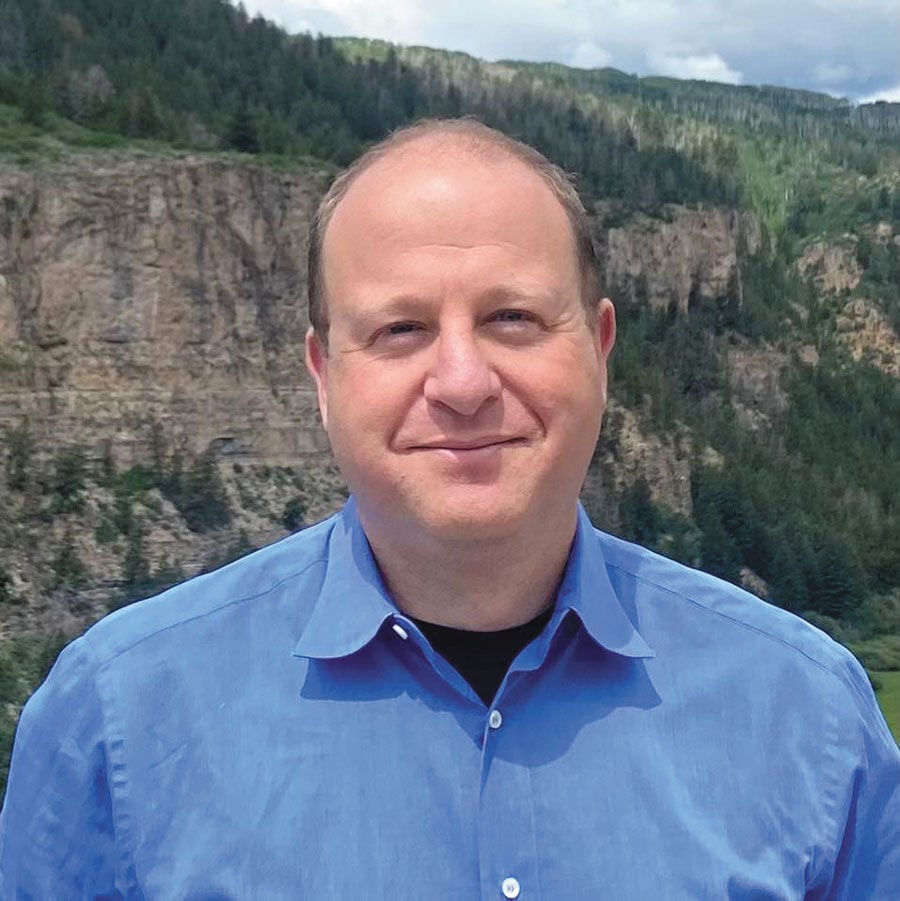 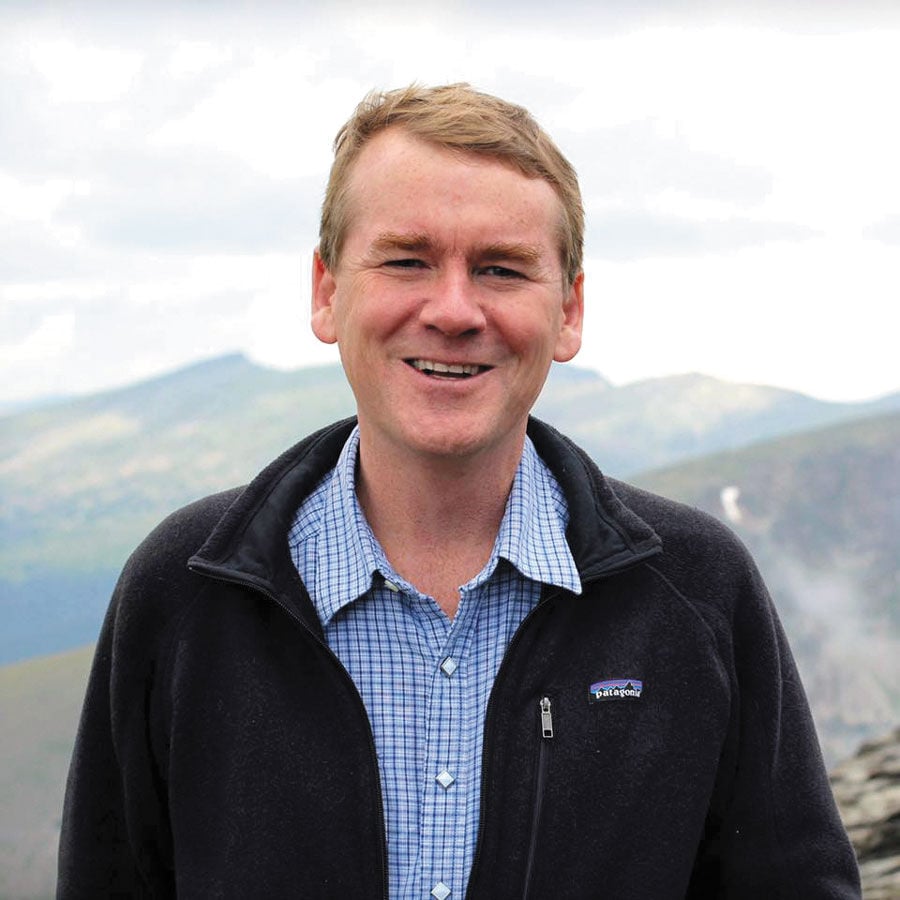 As the great baseball philosopher, Yogi Berra, once noted, it’s getting late early out there.

The midterm elections are next year, and, as you’ve probably heard, the midterms, at least in modern times, nearly always break in favor of the party not in power, in this case meaning Republicans. You could look it up.

Most election gurus still expect Republicans to pick up seats around the country. At this point, Republicans are slight favorites to win back the House, although the Senate, now tied at 50-50, is basically a toss-up. In any case, races are already heating up around the country, and millions of dollars have already been raised.

Our question for today, though, is what this might mean for Colorado next year, where the headline races haven’t heated up. In fact, they’re so cool they might bring back some of the melting glaciers. As of now, there are many reasons to believe that Republicans are having problems believing they can win.

You can start with the fact that it may be all but impossible for a Republican to get nominated who doesn’t fall in line with Trump’s Big Lie of a 2020 rigged election. See J.D. Vance’s hillbilly groveling in Ohio as a reference point for GOP Senate candidates. Closer to home, four of five candidates in the recent election for GOP chair were on record supporting at least some parts of the Big Lie. And it’s just as hard to see how a Republican, running on the Big Lie, could win a statewide election in Colorado.

And yet, that’s why they play the games.

I just got a note from one of my best connected Republican sources telling me all the reasons that Jared Polis and Michael Bennet — both up for reelection — could be facing headwinds in 2022. For Polis, he named crime, homelessness, taxes (I’d call them fees), housing costs, COVID. For Bennet, there’s the fact that he basically sides with Biden and a majority of Senate Dems on most issues. If you’ll recall, tying Mark Udall to Barack Obama in 2014 was a winning play for Cory Gardner.

But since Biden won Colorado by nearly 14 points in 2020, I’m not sure he’ll be much of a drag on Bennet, whose work on child tax credits — which he mentions nearly every hour of every day — is hugely popular. And as for Polis, only one Republican, Bill Owens, has been elected governor since 1974. For that matter, Republicans have won only one Colorado top-of-the-ticket race since 2004. And that was Gardner.

And maybe the most telling thing about my source’s election advice was that he didn’t — couldn’t? — name a single Republican who might be able to take advantage of the headwinds that he sees for Democrats. The real heat in Colorado will come in the House races, where district lines are still being drawn. Dems are lining up to try Lauren Boebert. There’s a new 8th Congressional District. In the early drawing of the 7th CD, Republicans would have a chance at a pickup. Republicans like to remind people that Cory Gardner didn’t get into his Senate race until very late, but Gardner was already a star player. Who are the stars today?

There was a poll out July 6 from a Democratic firm, Global Strategy Group, showing Polis and Bennet in commanding positions against generic Republicans. And the reason the Republicans were generic is that we don’t yet know which Republicans are running.

And the reason we don’t yet know who’s running is that the Republican bench is the weakest in memory, and that’s in a party where Darryl Glenn and Dan Maes have been recent candidates for higher office. Some were hoping Gardner would run against Polis for governor, but that was never going to happen. Instead, he has himself nicely ensconced — surprise — on K Street, where the money is. Gardner may be running again sometime — he’s still young — but not until he’s had enough ensconcing.

It may be all but impossible for a Republican to get nominated who doesn’t fall in line with Trump’s Big Lie of a 2020 rigged election.

The pollsters did test Polis vs. Heidi Ganahl, whom many Coloradans have never heard of. She is a University of Colorado regent and the only Republican to currently hold statewide office. She is expected to run against Polis, who, according to the Global Strategy poll, leads her by a 54-34 margin. That tells you something about voter ID because when matching Polis against a generic Republican, the margin was only 49-39.

George Brauchler, who dropped out of the GOP governor’s primary early last time in order to run for attorney general, is sometimes said to be considering a run. He lost for AG that year, but Democrats swept all statewide races in 2018. Brauchler was tweeting madly about Polis controversies for a while, but he seems to have slowed down, or maybe I just haven’t been noticing as much.

On the Senate side, whenever I talk to Bennet people, they ask if there’s any chance Boebert will get in the race. The answer is, no one knows what Boebert will do or say at any moment, but Global Strategy did do a test race just for laughs — and presumably for the clicks. Bennet was leading, 51-38.

But whether or not Boebert runs — and let’s just say it’s a long shot — you can expect Boebert, like Trump, to be someone Bennet mentions every chance he gets.

And as it happens, some are encouraging former state Rep. Clarice Navarro to get in the race. She once held a swing seat in Pueblo County but now, as the Bennet people like to point out, she’s serving as Boebert’s district director. Another candidate mentioned is Eli Bremer, former GOP El Paso County chair. There are others. There are always others.

But for the last governor’s election in 2018, when John Hickenlooper was term limited, Democrats had a powerhouse lineup this time four years ago. Polis, Ed Perlmutter (briefly), Cary Kennedy, Mike Johnston, and Donna Lynne a late entry. In the early running, Republicans had Walker Stapleton, Cynthia Coffman, Tom Tancredo and Brauchler. Polis ended up winning the Dem race and Walker Stapleton ran ahead of Victor Mitchell for the GOP. In the general election, Polis beat Stapleton pretty handily.

I saw a funny thing on Axios the other day in its early look at the 2022 races. GOP chair Kristi Burton Brown said the party was drafting a “contract with Colorado” — shades, I guess, of Newt Gingrich. How do you think Newtie would fare in Colorado these days?

I just wonder what the contract would include. Fealty to Trump? Jan. 6 as an antifa plot? Or maybe an FBI plot? Freedom from wearing masks? Freedom from being taught history? COVID-19 vaccine avoidance? I’m sure there must be a winner in there somewhere.