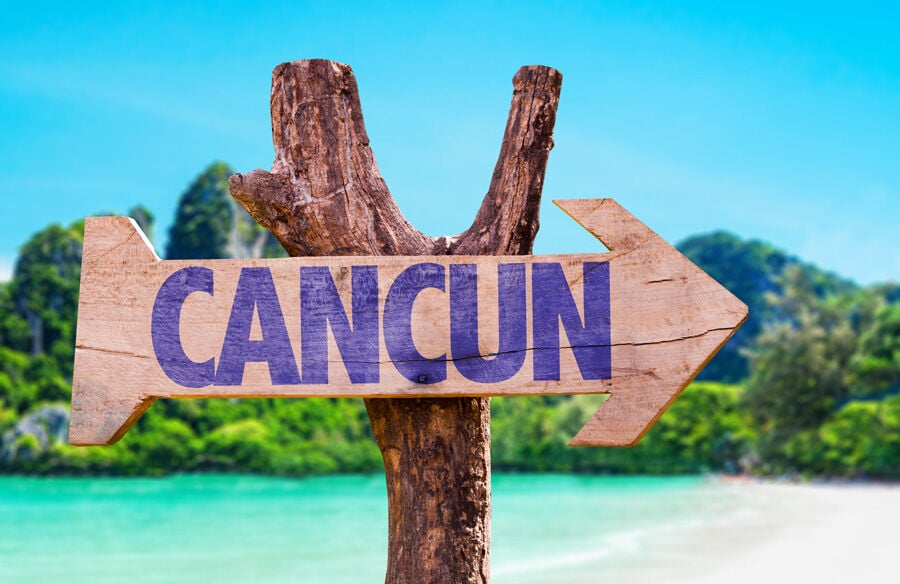 Sen. Ted Cruz jumped the border with his family in search of a better life. 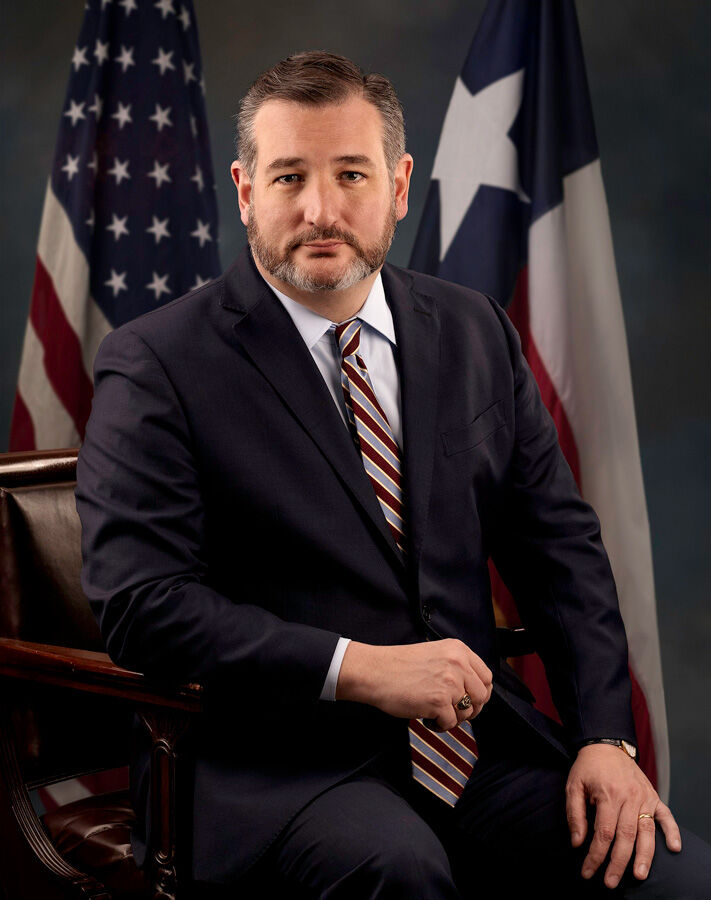 While few people enjoy piling on Ted Cruz as much as I do, I have to admit that Cruz’s trip to Mexico during the Texas energy crisis is, as he said himself, a distraction from the real problem — which is that Texas, of all places, ran out of gas, or at least its ability to deliver gas.

On the other hand, can ridiculing Cruz ever be considered a distraction? Take a Twitter cruise down @TedCruzPoodle lane and see for yourself. We can all use the laugh.

Or read the hilarious account from The Washington Post’s Alexandra Petri, channeling Cruz for an explanation for skipping town during a crisis: “Seeing Texas in crisis, my reasoning was that the last thing anyone would want would be for me to show up. I assumed that the only thing that could make everyone’s experience worse would be the addition of Ted Cruz. ‘My power is out. … I am breaking up my furniture to burn it. … and Ted Cruz is here!’ That third thing would be the thing that broke you, I think.”

As everyone who has watched even a moment of cable TV news knows, Cruz left Houston for Cancun, saying he had lost power and his kids wanted to get someplace warmer. So he bundled up the family — minus the poodle, Snowflake — and implied that he was just dropping them off as he came back to Texas the next day. Later, he would have to admit that he was actually planning to come back Saturday — as most of us had guessed — before realizing that a snow storm wasn’t the only kind of storm with which he’d have to contend.

And now I think we can agree that the proper term for abandoning your post during a crisis should be called pulling a Ted Cruz. I know, Cruz isn’t the governor, but he could conceivably find some way to help his constituents. I know, he could call on the … federal government. It may be socialism, but isn’t Cruz, when not in Cancun, supposed to be the champion of the working person?

Once caught — did Cruz not realize that people have smartphone cameras simply for the opportunity to take photos of celebrities in embarrassing situations? — he expressed some modest regret, which reminds me of the Al Franken quote on Cruz back when Franken was a senator: “Here’s the thing you have to understand about Ted Cruz. I like Ted Cruz more than most of my other colleagues like Ted Cruz. And I hate Ted Cruz.”

He would hate him more if he watched the interview on Houston’s ABC7News with Cruz, in which he blamed his critics, particularly those on the left, for spreading hate. I guess he forgot his enabling role in that whole insurrection movement when his pal, the president, gloried in his supporters trashing the Capitol and, speaking of hatred, looking for the heads of Mike Pence and Nancy Pelosi.

Here’s Cruz’s explanation for why some are calling for his resignation: “Many of the people who are upset with me were upset with me before we started. There are people on the far left who disagree with me politically. That’s fine. You are allowed to disagree with someone politically. I wish that more of the angry left, more of the people who scream and yell and are filled with hatred, I wish they’d learn to just treat people with civility and respect.”

He failed to point out — and I watched the whole thing, waiting — that Cruz had slammed California during its heat wave for rolling blackouts. Now he admits that Texas should be “embarrassed” and that he wants answers, which he presumably thought could be found in Mexico. Or as many have pointed out, his trip was just a case of one more family crossing the border in search of a better life.

I’m in Austin myself with my law-professor daughter and my two grandsons. We lost power one day for 12 hours, meaning we very nearly had to rely on my survival skills, which generally extend no further than ordering groceries from Whole Foods. When deliveries were cut off — there was little food and the streets were ice laden — we were fortunate to find a can opener that wasn’t electric, meaning we had several days’ worth of tuna and chicken noodle soup. As my friend Tony pointed out, dumpster diving is not a winter sport. Huddling for warmth, though, can be a good thing, at least on a short-term basis.

Meanwhile, one friend whose water has been cut off, texted a photo showing her boiling snow so her kids can take a bath. The next-door neighbor’s tree fell on his car, which I had previously assumed only happened in car-insurance commercials. But the jokes go only so far. At least 58 people died and millions would spend as many as four days without electricity or heat. Many are still under boil orders, but that’s for those who actually have water.

From what I can learn, the disaster can be properly blamed on at least two fronts: 1) An unprecedented, in modern times anyway, cold snap, with lots of accompanying ice and snow, hit the entire state simultaneously; 2) Freedom, in which Texas, alone among states, does not belong to the national grid because then Texas, like every other state, would have to go along with national safety regulations, which just wouldn’t do.

As former Texas Gov. Rick Perry said, in yet another oops moment, Texans would rather be without power for several days in freezing temperatures than have the feds mess with Texas’ power grid. Just guessing here, but I doubt that before the calamity, most Texans had any idea what the national power grid is or whether Texas belonged.

Meanwhile, Gov. Greg Abbott went on Sean Hannity early in the crisis to say he blamed the not-yet-passed New Green Deal for the loss of power because the windmills froze. Of course, so did every other energy delivery system in Texas. The greater problem was apparently that they couldn’t get gas delivered because pipes and wellheads froze. Wellheads, I believe, are not part of the Green New Deal. And windmills, it turns out, can be, uh, weatherized. Ask Sweden.

But this is the right-wing, FoxNews explanation for the problems because, otherwise, how do they explain that a reliance on fossilized fuels is not compatible with, just spitballing here, the future of the planet. Or you can tune into the Colorado Legislature and hear House Minority Leader Hugh McKean warn about renewable energy after the recent extremely hard freeze in northern Colorado. Scientists are unsure whether this polar vortex — whatever that is — is related to climate change. But perhaps you’ve heard that climate change is a global existential threat. Whatever the cause in Texas, the threat has definitely been existential, just as it was during Hurricane Harvey.

It should be noted that after his bout with national ridicule, Abbott hasn’t blamed the windmills since. Instead he has blamed those running the Texas energy grid for not being prepared. But why wasn’t it prepared? After the last cold snap that caused many Texans to lose power in 2011, the Federal Energy Regulatory Commission urged the state to winterize its power plants. But that would apparently cost money, and Texas, which doesn’t have a state income tax, is loath to spend money. Or, for that matter, to impose regulations requiring power plants to have reserve capacity. Abbott demands an investigation and says this will never happen again in Texas, which is a nice thought.

Meanwhile, Lauren Boebert found a way to get into the act, saying, “We have Joe Biden who is nice and warm in his fossil-fueled White House singing kumbaya with his environmental extremists while Americans are freezing to death.”

Of course, it was Biden’s fault. And the environmentalists’ fault. I’m just surprised that Boebert didn’t blame Biden, or maybe antifa, for forcing Ted Cruz to get on that plane.