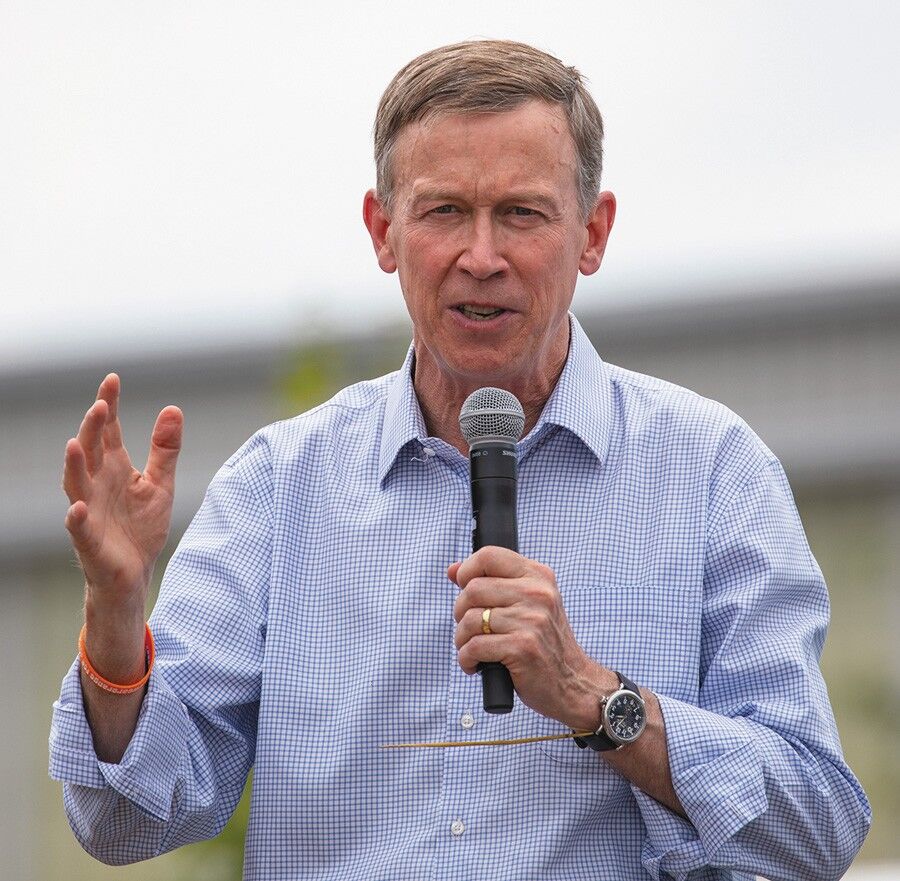 Voters seem to accept Hick as Hick, stumbles notwithstanding. 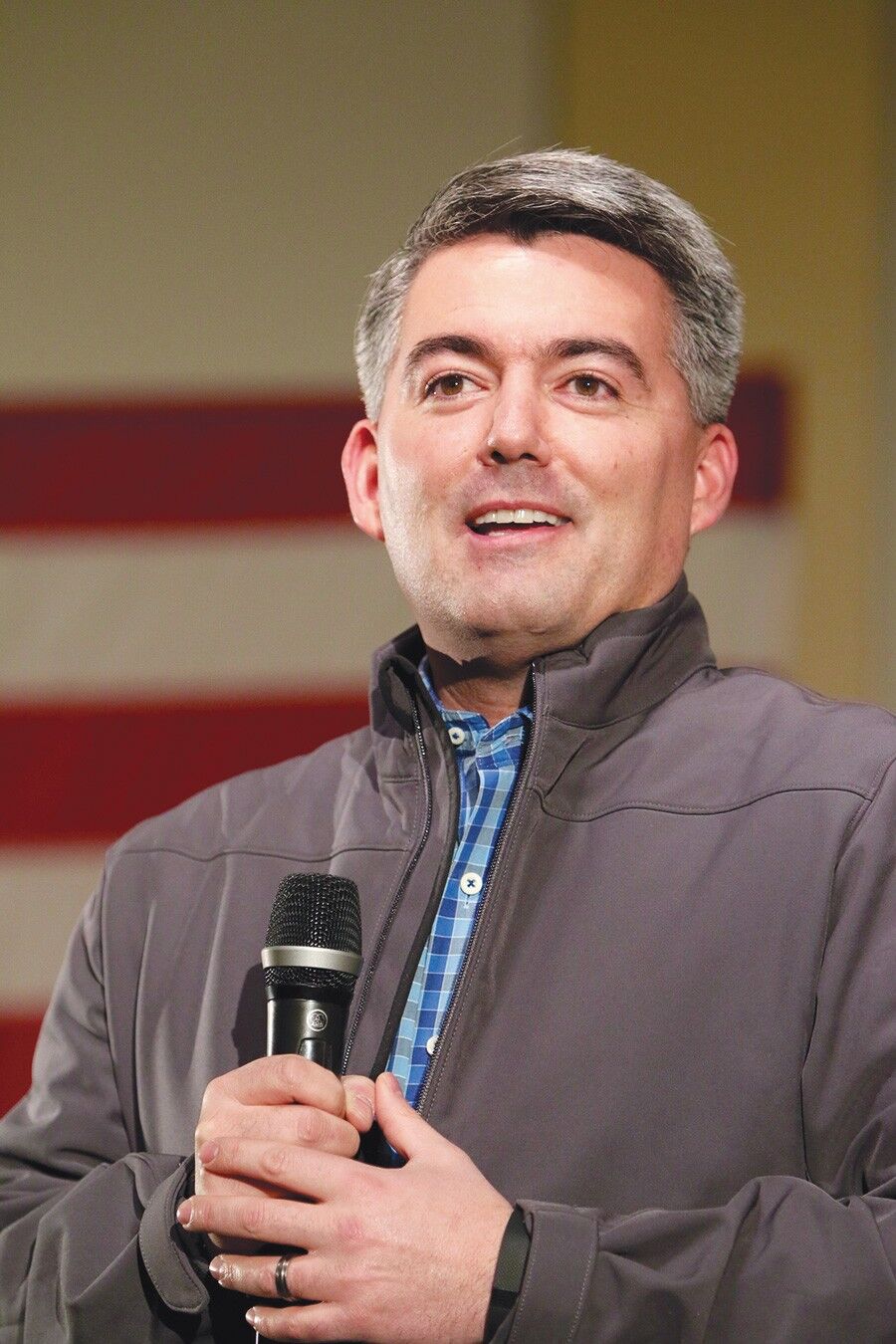 And a few bumps, and a lot of bruises, later, here we are. Despite everything, Hickenlooper easily defeated Andrew Romanoff in the Democratic primary, meaning we now have Hick vs. Gardner in the biggest heavyweight match that I can remember in Colorado.

They’re both unbeaten. But they’re also both at least a little bloodied. Even though Hickenlooper is the only candidate in the race who has said he is not cut out to be a senator, he still goes in as at least a slight favorite. And that’s because Gardner, unbeaten or otherwise, has never run in a race with Donald Trump on the same ticket. And here’s an easy call, at least as we enter July: At this point no one could win a statewide race in Colorado running as Trump’s stablemate. But July, as some surely will point out, is not November. And so the race is on.

In the lead story of Hickenlooper’s sometimes troubled campaign, he was hit with the two ethics violations, which were basically a judgment against Hick’s tendency to hang around with rich guys and avoid commercial flights. Worse still, he was hit with contempt for failing to show up despite a subpoena for the first day of the Ethics Commission hearing.

Gardner’s career, meanwhile, is neck deep (and maybe higher) in big-money contributions from, among others, oil and gas and the NRA. And while Hick prides himself on never going negative — not a problem for Gardner, by the way — there will be PAC and Super PAC and Super Duper PAC money aplenty from both sides to do the job.

Unless, that is, the outside money isn’t all there for Gardner in the end. What we’ll have to watch closely in this race is to see how hard and how long the national GOP plays here. The latest polls show that Republicans, in defending their Senate majority, are in trouble in many states where they wouldn’t have been expected to play defense. The question will be, as some already have it, whether Colorado is seen as a lost cause or if Hickenlooper’s stumbles would mean a close race.

A gun nut named Lauren Boebert — or maybe we should just call her a strong supporter of Second Amendment rights and a right-wing restaurateur who opened her restaurant in defiance of state public health orders — has shockingly upset five-term incumbent Scott Tipton, who was endorsed by Trump, in the Republican 3rd Congressional District primary. That may give Democrats an outside chance at another pickup in the U.S. House and give Gardner one more headache.

Boebert owns a Rifle restaurant called Shooters Grill, where the serving staff open carries and you can order a Turkey Ham Uzi Melt. Diane Mitsch Bush, who lost to Tipton in 2018, won the Democratic primary and will face Boebert.

And however Gardner plays it — he is working hard to be known as your bipartisan Republican senator who just happens to be close pals with Trump — there is the matter not only of the president’s problems but also those of the Republican Party in Colorado. Gardner is the lone Republican to hold a major statewide elective office in Colorado. That’s how bad it is.

And now while even some leading Republicans are hitting Trump for refusing to wear a mask as the pandemic suddenly worsens, Gardner will be asked to answer for Trump — on COVID, on “white power” retweets, on reported Russian bounties, on economic calamity, on Trump’s defense of Confederate statues as a nation marches in protests over George Floyd’s killing by police and amid cries against racial injustice, on voting by mail, on a list that changes — and yet grows — with each day. I know Gardner is great at avoiding questions, but he’s got to outrun an avalanche this time.

This was not lost on Democrats, who had put together a huge field for the chance to face Gardner. When Hickenlooper got into the race, though, he eventually chased everyone out but Romanoff, who has been running, off and on, for Senate since 2010. Romanoff ran well to Hickenlooper’s left, ran as a clean-money candidate while Hickenlooper was hit with the ethics violations, ran knowing that, between them, Bernie Sanders and Elizabeth Warren had won half of the presidential primary vote in Colorado.

[pullquote-1] Hickenlooper gave Romanoff — who seemed to have momentum at one point — every chance to make the race competitive, And yet, Hick won easily. He didn’t really stumble to the finish line. He stumbled during the campaign, but Hickenlooper, as two-term Denver mayor and as two-term Colorado governor, is pretty well known to voters across the state. They seem to accept Hick as Hick, stumbles notwithstanding. Romanoff couldn’t overcome low voter ID, the matter that Colorado Dems still seem to be center-leftish, and that Hickenlooper had an easier sell in promoting himself as the candidate best suited to face Gardner.

For Romanoff, it was a difficult loss, and one that probably ends his electoral career. The former speaker of the Colorado House hasn’t won a race in 14 years. He lost to Michael Bennet and now Hickenlooper in Senate primaries and lost to Mike Coffman in a CD 6 race. He never got the support of the national left in this race, which may have been another major difference. Sanders stayed out, Warren endorsed Hickenlooper, and there it was.

But for Romanoff, that wasn’t the only loss. It was also a week in which Romanoff lost his dad, Marvin Romanoff, who died in Ohio on June 28. His dad was a Republican, and Romanoff liked to joke that, since he didn’t live in Colorado, he wouldn’t get to vote against his son.

“This is obviously not the outcome we are hoping for,” Romanoff said in a video chat from Ohio. “Frankly this is not the week I was hoping for. I’ve learned this week there are far more important things than losing an election.”

With the primary over, Hickenlooper will be running as a Democrat in much the same vein as Joe Biden, whereas Gardner, as talented a candidate as he is, endorsed Trump early and endorses him still. Trump is trailing in national polls by around 10 points and he’s certainly running worse in Colorado. Hickenlooper will do everything he can to tie Gardner to Trump, and if you’re going to compare missteps — like, say, you tell people you don’t want to be a senator — Hick still looks like the guy in the Bolshoi compared to the president.

Oops, did I just make a Trump Russia joke? I’m guessing Hickenlooper and his speech writers won’t need it. It’s pretty much a sure thing that between now and November Trump will supply them with all the material they need.

Mike Littwin’s column was produced for The Colorado Sun, a reader-supported news organization committed to covering the people, places and policies of Colorado. Learn more at