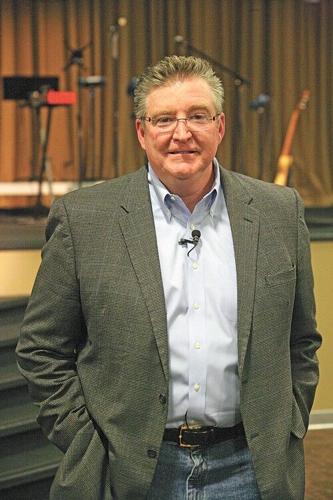 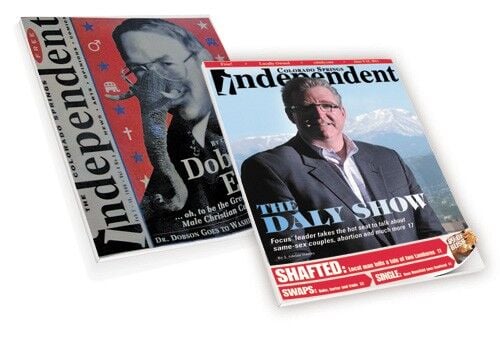 Elephant out of the room: James Dobson did his final radio show for Focus in 2010.

Editor's note: This story was updated Oct. 31 to clarify that James Dobson relinquished Focus' presidency in 2005. He didn't fully leave the ministry until 2010. It was updated again Nov. 6 to more accurately depict the time Daly spent with Give! campaign donors. 'Hi, I'm Jim Daly, and I run the 94 percent of Focus that you've never heard of." That's how Daly introduced himself as we shook hands at a local Starbucks almost 10 years ago.

Daly was the chief operating officer at Focus on the Family, then a $145 million ministry and media empire known for aggressively injecting its homophobic and traditional-family-values messages into local, national and international political discourse. He was also rumored to be the heir apparent to James Dobson, the founder and leader of the organization that was lured to northern Colorado Springs from Southern California via a $4 million grant from the El Pomar Foundation in 1990.

I had reached out to Daly as part of an effort to enter into meaningful dialogue with local evangelical leaders. My goal was to respectfully explore areas of mutual concern, and then hopefully find ways we could tangibly work together not only to do some good, but help heal our divided community.

To my surprise, Daly, now 51, was funny and engaging. He often reads the Indy, and he knew well about the "Colorado Springs Claim to Shame" awards that our readers had bestowed upon both Douglas Bruce and his organization. He shared that he did not appreciate having his organization associated with the anti-government zealot.

Daly outlined the non-political counseling services that Focus provided at no cost to millions each year; his passion for foster care reform; as well as his desire that "in the near future" Focus might be open to explore civic partnerships with the Indy. We joked about whose constituency would be more pissed if we actually worked together one day.

I predicted to my friends that there was no chance in hell the welcoming Daly would ever actually lead Focus. But I was wrong, for in 2005 Dobson left and put Daly firmly in the role of president.

Since he's taken over, our two organizations have partnered on almost a dozen projects: from co-sponsoring the Waldo Canyon Wildfire Relief Concert at the World Arena last July 4 to co-hosting a symposium on foster care reform at Colorado College; from my appearing on his worldwide radio ministry program to Daly engaging in spirited conversation at the Cliff House with Indy Give! campaign donors.

Daly featured our relationship as part of his new book ReFocus (Zondervan, October 2012). This quiet manifesto explores Daly's desire for Focus and the entire evangelical movement, as well as its opponents, to move beyond the vitriolic rhetoric. It's a desire we've detailed in these pages (including in "Change of Focus," J. Adrian Stanley's Q&A with Daly in June 2011), but this time it's 100 percent Daly, unabridged.

To catalyze needed dialogue, the Independent is pleased to invite our readers to a free book singing and conversation with the head of Focus at Poor Richard's Bookstore at 10 a.m. on Nov. 10. Several local citizens and pastors will have a chance to respond.

To give a sense of the kind of views Daly might espouse at Poor Richard's, here are a few snippets from a phone conversation he and I had last week.

Indy:Numerous media report that in 2005, Dr. Dobson was fired from Focus. Was he?

Daly: Do we really need to go into that again?

Indy:OK ... What's behind the recent changes in tone at Focus?

Daly: In some ways, it's generational. The prior leaders of the evangelical movement, such as Jerry Falwell, Dr. Dobson, Pat Robertson, were born in the 1930s. The new leadership are, by and large, children of the '60s. We live in different times.

Daly: I do not know many Christians that would begrudge a mammogram screening, a pap smear or any other of the medical services that Planned Parenthood provides. The question fair-minded people should ask is if taxpayer money, including funds from tens of millions of Christians, is being used to encourage abortions. If it is not, then I have no problem with government support of Planned Parenthood.

When you look at this data, one must ask how much of a balance exists between abortion counseling and adoption counseling. It does seem to suggest they more enthusiastically focus on abortion.

Daly: This is a tricky issue. Abortifacient contraceptions that terminate a fertilized egg, that is in essence a human egg and a human embryo — such practices should not be allowed. For other types of birth control, that decision should be made between a woman and her doctor.

Indy:What would you say to someone who asks you who to support for president?

Daly: I tell people to get yourself informed and educated on the issues, and then decide based on your own values. Fair-minded people can have differing opinions. My guess is that many evangelicals will support Governor Romney, but some of my younger colleagues will vote to re-elect President Obama.