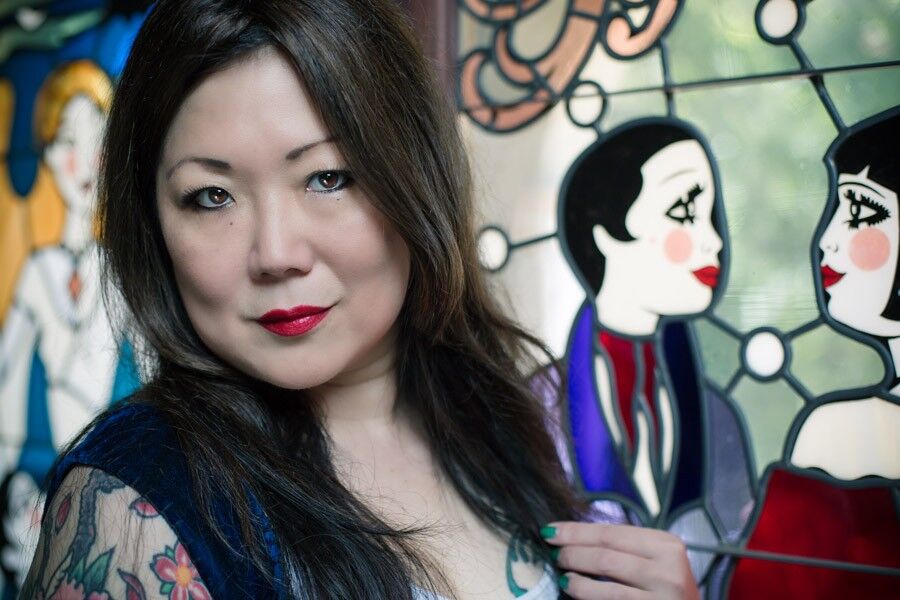 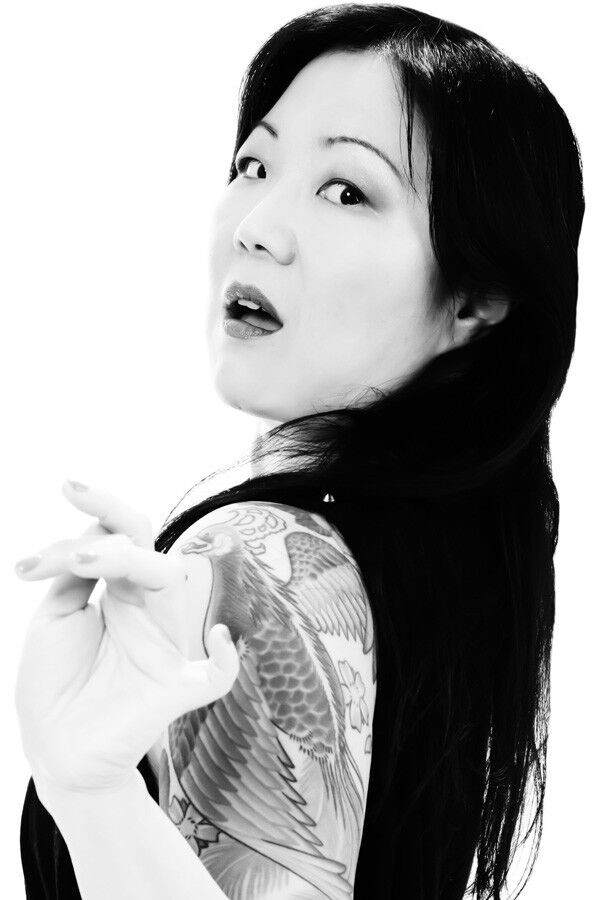 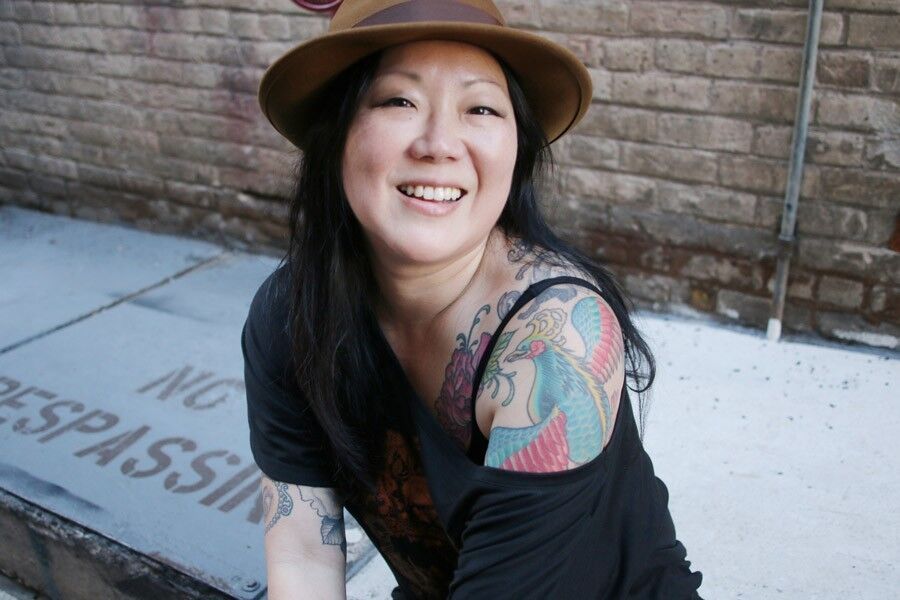 Margaret Cho was 9 years old when the first Take Back the Night rally was held in San Francisco's seedy North Beach neighborhood, a dozen or so blocks from her parents' bookstore. The late-'70s demonstration brought together an unlikely coalition of anti-porn feminists and hardcore conservatives, who marched through the city's red light district while sex workers leaned out of strip club windows, some jeering, others simply watching the parade go by.

At the time, such issues were well off the radar for the Korean-American grade schooler, who would have been more interested in the comedy club adjacent to the family bookshop. It was there that Cho initially found her calling, one that would ultimately lead to national television appearances, high-profile books, and worldwide recognition as one of the funniest and most outrageously provocative comedians of her generation.

"I had really strange jobs within the sex industry," recalls Cho of her pre-celebrity years. "I mean, this was a long time ago, back during the era of 976 numbers. Like I did this phone-sex thing where I was recording messages for people who spoke English as a second-language. So it was also a way for people to learn English, which was very weird."

Meanwhile, the women's rights views espoused by Andrea Dworkin and Robin Morgan — who told crowds that "pornography is the theory; rape is the practice" — were giving ground to a more "sex-positive feminism," which is where Cho places herself these days. But back then, she says, it still wasn't an issue for her.

"When I was doing it, I didn't think anything of it," she says. "I didn't have any judgments about it. You know, I liked the people that I worked with, and I didn't feel that it was difficult or was even that meaningful. Like, the work didn't stay with me, and I didn't think about it beyond doing it. I was glad to just do it."

These days, Cho is much more concerned about the stigmas that are attached to the profession. So much so that, in October, she posted a series of ten tweets on the subject.

"I support sex workers because I was one," reads the first, "and I know that it's a job that's needlessly shunned by society when frankly we should be worshipped."

In subsequent tweets, she says that she found her power as a sex worker, that it's hard labor and deserves dignity, and refers to herself, in all modesty, as the "HOLY WHORE."

But as the tweets continued, they soon grew darker: "I have way more PTSD from rape. That's real. Sex work was just a good way to make money. At least for me then."

Ten hours after her first post, Cho finished up with one parting message. "I stand for women of color because I am one," she wrote. "I stand for sex workers because I was one. Who the fuck are you?"

Cho's talent for transgressing cultural taboos causes equal-opportunity consternation among the irony-impaired. At last year's Golden Globe Awards telecast, she dressed in geisha-girl makeup and a North Korean general's uniform, immediately prompting accusations of racism from the easily offended. The problem with that argument is that Cho herself is a mixture of North and South Korean heritage.

As such, Cho's experiences parallel those of Mark "Stew" Stewart, the black frontman of L.A. band The Negro Problem. The singer-songwriter — who's also a Tony Award-winning playwright — says he'll routinely be approached after shows by people who insist they loved the performance, but wish he'd change that name. And the people who tell him that, he says, are invariably white.

Or as Cho said to Stephen Colbert months after her award show appearance, "what's really annoying is that nobody really cared about race until white people got involved, and now all we do is talk about race. It's like, all the white fragility is so annoying."

And while the comedian's sex-worker confessions may come as a surprise, even to longtime fans, Cho says it's not the first time she's spoken out on the issue. It's just that no one seemed to be listening.

Be that as it may, the subject is especially relevant now, as the extent of human trafficking in the sex industry continues to grow. According to the National Human Trafficking Resource Center — which operates a victims hotline at 888/373-7888 — 53 cases of sex-trade-related human trafficking were reported in Colorado last year.

For Cho, the key to ending forced prostitution is to end discrimination against the sex work profession.

"I feel like legalization, or at least decriminalization, is the right way to go in order to protect the rights of sex workers and also to stop human trafficking," says Cho. "All of this occurs when prostitution is kept in the shadows. And so you have a great deal of exploitation when you're not able to monitor everything."

And while Cho doesn't see herself as an expert on the subject, she's been talking to people who are.

"I know only what I learned 20, 30 years ago, when I was really a part of that world," she explains. "So I definitely need to talk to sex workers now and understand what they're going through. I've talked to some, but don't really have any understanding of that world now. I do know that they need protection, and I think they do need support from law enforcement. They do need a way to feel safe."

Cho also supports, to no one's surprise, the legalization of marijuana, another topic she plans to take on, albeit in a considerably more light-hearted way. She currently has a pot-themed family dramedy in development for Netflix. It's called Highland, and she's co-writing scripts with Deadwood writer Liz Sarnoff. Cho will play the lead character, who, after coming out of court-ordered rehab, has to move back in with her dysfunctional family, who happen to run a pot dispensary.

"It will be set in Los Angeles on Highland Avenue, and the narrative will follow the end of marijuana prohibition," says Cho, noting how California is fast catching up to Colorado on the legalization front. "I mean, it's not legal for recreational use, but we think it's coming. The fact is that there's still a lot of business and a lot of money being made off this relatively new industry. So it's kind of a gold rush."

Cho's other 2016 television projects include co-hosting the current season of Fashion Police — despite her claim not to be a "fashionista" — as well as hosting the NewNowNext Honors from the slopes of Aspen Gay Ski Week.

There's more, of course. Cho continues to earn her "renaissance woman" status, even though her work may not be in accord with 15th century Protestant attitudes toward sexuality.

A Grammy-nominated singer who can hold her own against any number of current artists, Cho will be releasing a pop album called American Myth in late April via her Clownery Records label. While this will be her second album of original songs — the first being 2010's Cho Dependent — it's the first time she's written more than just the lyrics.

The song that first motivated Cho to step out of her comfort zone, she says, is called "Come With Me," which is written, not coincidentally, from the perspective of a sex worker. "The melody really just came to me, and it fit the tone of the lyrics, which are also pretty serious and soulful. Garrison Starr, who I collaborated with on the record, helped me with the bridge, but I wrote a good majority of the song."

Despite all that, Cho's first love remains her strongest, which is why she'll never leave standup comedy behind. Her act has continued to evolve over the years, and she's happy with that.

"I don't know, I hope I have more skill. I can talk about subjects that are harder, in terms of comedy, whether that is rape, or sexual abuse, or anger," she says, noting that she currently supports Bernie Sanders but will pull the lever for whichever Democratic candidate wins the nomination. "I think that, when it comes to talking about politics, I've finessed a little bit better, and am able to get my points across. At least I try."

That leaves the question of why an artist with so many outlets and, presumably, income streams, still bothers to tour as a standup comedian.

"I think, to me, it's really what I do. I mean, all of my jobs are important, but standup comedy is really who I am, and it's something that I think I'll always do. And also, it helps me to get my head straight, you know, like I just really need to do it. I think that with most people who do standup comedy, it's almost an addiction, almost therapy. But, you know, it's a little bit lighter than that."

But despite that radiant smile, don't be expecting Cho to get too cheerful. There is, for instance, "I Want to Kill My Rapist," a song she released as a single back in November. The accompanying video finds a buzz-cut Cho escorting her assailant in the trunk of a black Monte Carlo and instructing black-clad women of varying ages in the art of deadly force. In less than four minutes, Cho and director Bryan Mir manage to create a narrative that's as disturbing as Abel Ferrara's rape revenge film Ms. 45, but twice as bizarre.

The video ends with [spoiler alert] a post-credits sequence in which Cho wakes up in the office of her psychiatrist, who's played by Selene Luna, an L.A.-based comedian/actress/dancer who stands 3-foot-10 and will be opening for Cho on her current psyCHO tour.

Cho isn't sure whether the Twin Peaks reference was intentional, since the sequence was completely Mir's doing, but she's clearly pleased by the possibility. "Maybe unconsciously so? I never even noticed that, but I'll say yes, then. [Laughs.] We were doing some little setup for the camera, and Selene Luna just started dancing. And then he added that kind of Muzak or whatever — you know, what we used to call elevator music."

When Cho saw the final cut, she was floored. "I was laughing so hard, and I just fell in love with it. It was the perfect coda, because the video is so heavy. You know, it's such an upsetting subject, and I think it's a cathartic kind of journey.

"But what that scene does is to just remind people that, you know, I'm a comedian. And I think that's a good thing to tell people."